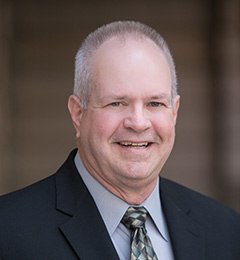 Well it’s the end of January and almost half way through the 2nd quarter of FY11 and we are still working on a budget that is being sustained by a continuing resolution. A continuing resolution is a type of appropriations rule used by Congress to fund the federal government in the event that a budget is not passed on time. This is not an uncommon practice. In recent years, it has become the norm to pass continuing resolutions and continue debate over various department budgets.

Republicans recently made a bold pledge to eliminate $100 billion from this year’s budget. $100 billion might not look like a lot when compared to the total size of the federal budget, $3.5 trillion, but don’t get too comfortable with the idea yet. There are a couple of key problems with their campaign pledge:

1) They have half the time to accomplish their pledge. The cuts would be enacted for this year’s budget which will affect spending only from March to the end of September 2011. That means it effectively doubles the amount of cuts needed in departments to meet that goal.

2) The Republicans have pledged to make these cuts WITHOUT touching mandatory programs such as Medicare and Social Security. Referencing FY09 numbers, nearly 65 percent of the budget is comprised of mandatory programs. Of the remaining part, known as discretionary spending, over half goes to defense spending, another area that Republicans have pledged not to touch. That leaves us with approximately $600 billion, or 16 percent of total spending on the table. By the time the budget is passed, $300 billion of that will have been spent. Note that 2009 contained stimulus funds discretionary spending for this year is actually only $477 billion.

In addition, the Republican Study Committee recently unveiled a plan to eliminate $2.5 trillion from the budget over the next 10 years. The list of proposed cuts contains everything from infrastructure and technology programs to Amtrak subsidies and research grants. Let me be clear – aside from defense and entitlements, NOTHING is immune to these cuts. That doesn’t mean that the average government contractor should be concerned. It just means that you need to be smarter at managing your contracts, diversifying your portfolio of government clients, and keeping a close ear to the ground for news about cuts affecting your clients.

The federal marketplace might be getting more treacherous but it isn’t impossible to navigate. $500 billion is still a lot of money! If you need assistance with forecasting and capture management, please contact us.