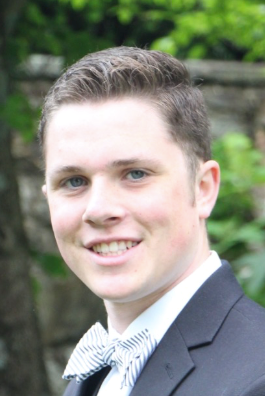 On Thursday, June 21st, 2018 my colleague Andrew Wahlgren and I attended a GSA Industry Day at GSA’s headquarters in Washington, D.C. to discuss “Procurement through commercial e-Commerce portals.”

The talks were very informational, with unique perspectives from the General Services Administration (GSA) representatives, Office of Management and Budget (OMB) representatives, and high-stake company executives.

The topics that were discussed by the panel members ranged from raising the micro-purchase threshold to $25,000, how they may regulate the new e-Commerce portal, and lastly, how users (suppliers & customers) will navigate the portal. GSA did not offer a clear-cut plan for the new portal or how they plan to regulate the micro-purchase threshold but did mention that they may roll these changes out within pilot programs for select schedules at first. The programs would target specific agencies and specific concepts within those agencies. This was a very interesting meeting, and we should see more details involving the implementation plan in the coming months with FY2019 NDAA.

As stated above, a point of emphasis at these talks was raising the micro-purchase threshold to $25,000. A micro-purchase is a way for government agencies to use a purchase card (P-card) to buy products and services without having to go through the tedious process that they ordinarily would. The government allows these agencies to bypass some regulations because the amount is relatively small. Previously, the micro-purchase threshold was at $2,500, and it was just raised to $3,500 last year. The plan going forward is to raise the threshold to $10,000 in 2019 with the eventual goal of hitting the $25,000 mark sometime down the road. One of the advantages of using a P-card is that the sale is not on the official report released to the public. However, something is going to have to give, because $25,000 purchases are too large to slip under the radar. Therefore, GSA also announced they are working with various e-Commerce portals such as GSA eBuy to combat this problem by increasing transparency.

Another area of focus at the industry day was the level of difficulty for buyers to make purchases on portal sites. Many points were brought up about whether all sites should be regulated by one host to ensure fairness across the boards. Specifically, Jeffrey Koses, who works in GSA’s Office of Government-wide policy, noted that if one site has a faster load time than another, that can disproportionally affect the usage of that site.

In addition to site comparison issues, there was an abundance of talk about whether filters should be placed on these sites. The argument for the use of filters is that GSA could prohibit the government from purposefully or accidentally purchasing products that use child labor, conflict minerals, etc. The argument against these filters is that they diminish the selection pool for the government, thus allowing prices to stay high. While no decision was made, it appears more people were leaning toward the idea of site-imposed filters. To add on, near everyone agreed that it would be in the best interest to add search features, adjustable by the buyer as well. These would include features such as allowing the buyer to sort through items by recency, price, quality etc. This would provide a streamline process for buyers, saving time and resources.

At Winvale, Carter is involved with both the Business Development and Consulting departments where he assists with blog writing, analytical research and marketing for program initiatives and events. While assisting different Winvale teams, Carter has helped draft summaries and reports, worked on a variety of marketing strategies, and contributed to the daily needs and responsibilities of his team members.