A founding partner of Winvale, Brian Dunn manages and supervises all professional services for company clients, among them business intelligence and market assessment, schedule maintenance, OIG audits, training, sales strategy and business development. Under Brian’s direction, Winvale has successfully negotiated and managed hundreds of GSA Schedule contracts for companies of many sizes and representing many industries. Brian’s expertise with GSA’s Multiple Award Schedule is the driver behind Winvale’s nearly perfect contract approval rate, and continues to power customer success.

2018 is expected to be a record-breaking year for Mergers and Acquisitions activity. In just the first 3 quarters of the year, $3.3 trillion was spent in M&A deals, with American companies making up 40% of all global M&A activity.

How User Credentials Are Stolen

Already, 2015 has seen a substantial increase in cyber-attacks by cyber criminals to steal large volumes of data and credentials. These attacks include theft of users’ credentials—such as passwords, usernames, e-mail addresses—and other forms of Personally Identifiable Information (PII) used by customers, employees, and third parties.  User credentials can be stolen in many ways and the cyber-attack taxonomy can be quite confusing.  Among them can include: 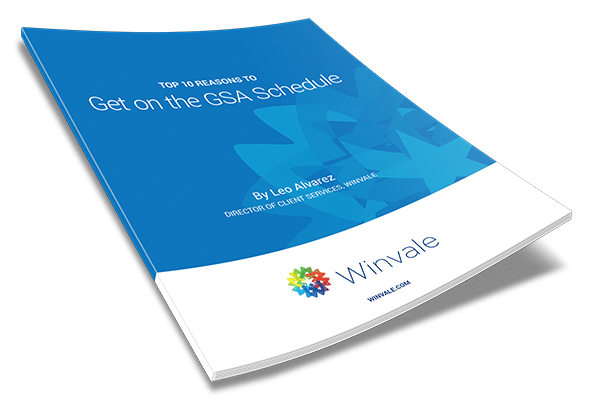 Did you miss our presentation yesterday afternoon? You can now download a free copy of this presentation. If you're looking to stay ahead of GSA's ever-changing regulations, be sure you understand where your risks lie. Download our webinar GSA Schedule Audit Issues and the Top 10 Compliance Risks to understand and remediate potential exposures:

The GSA Schedule Program – 2 Sides to Every Coin

The GSA Multiple Award Schedule program has grown exponentially over the past ten years.  Fueled by increased government spending during the wars in the Middle East, and then again by the American Recovery and Reinvestment Act (ARRA), contractors under the GSA Schedule program have certainly benefited from the extra funding.  In the 2014 fiscal year, there were 22,176 contractors on the GSA Schedule who accounted for $32,842,659,165 in total sales. That is a significant market size, regardless of what industry you compare it against. However, where there is opportunity, there is also risk.  Too often, executives and business leaders chase federal sales opportunities without worrying about the contract requirements until afterwards. Consequently, many GSA Schedule contractors learning of the importance of compliance the hard way. After all, is it really “success” if you win a multi-million dollar contract, only to be forced to give the money back a few years later?

As you may know, GSA Mass Modifications are government-initiated modifications that occur when a uniform change occurs schedule-wide. They come out about two to three times per year, usually coincide with a Solicitation refresh, and every GSA Schedule contractor must review, accept and incorporate these new legal changes into their contract/business. Most of the time GSA Schedule contractors go through this routine and accept changes without reading and understanding the binding language (SF30). But the NEW mass modification, in particular, is a significant one, updating and adding about 30 new clauses. The most relevant clauses focus on HR/labor issues, incorporating recent Executive Orders issued by President Obama. I strongly recommend that you review each one but I have summarized some of the most important changes below:

How Should I Prepare for My Contractor Assistance Visit?

Contractor Assistance Visits (or CAV’s) can sometimes create anxiety for GSA Contractors. For those who may not be aware, GSA Contract holders are visited by GSA representatives (Industrial Operations Analysts, or IOA’s) twice each five year contract term to assess overall contract compliance.